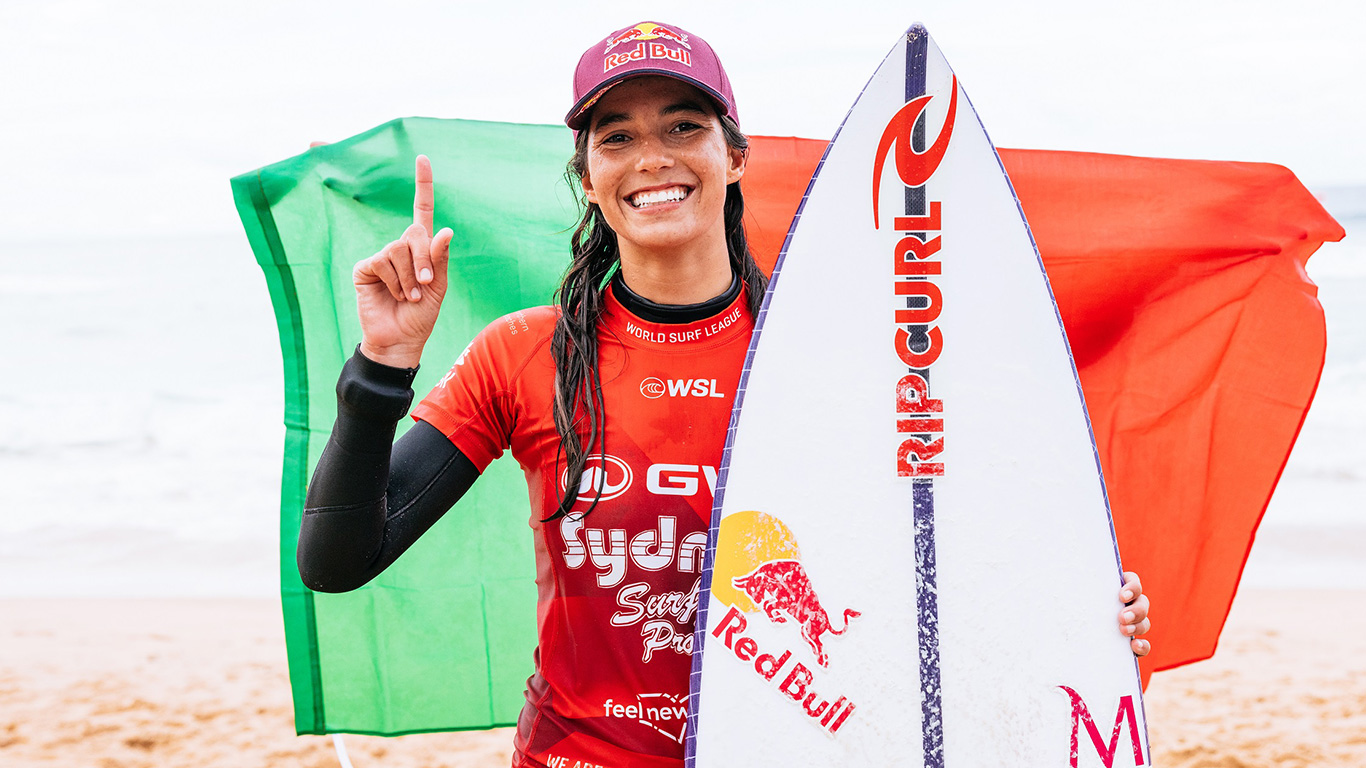 Teresa Bonvalot sends a shot to the challenger series with her Maiden CS win and big self predictions of being on the CT in 2023. However, it was the absence of the CT cut girls on finals day that had everyone talking.

With the Manly Challenger Series done and dusted for the year and a roller coaster of wave quality throughout the competition window a couple of things were evident from our observations from the event.

Firstly the event winner Teresa Bonvalot looked like a completely different competitor from last year. Teresa oozed confidence in and out of the water and once she took out Keala Tomoda-Bannert in the Semi, you could start to see the writing on the wall.

Teresa completely dominated the final from the early stages and strangled Nikki out of the final heat. That’s not to say that Nikki didn’t do well (and she ripped all event), it was more about Teresa’s ability to sync with the ocean and be on all of the best opportunities.

We also wanted to throw a few other shout-outs for the event outside of the final results.

Now to another point that stood out to us at the event:

Obviously we’re now into the new WSL system and we’re loving the intensity it has brought to competition, however, are there now too many competitions? Especially for those who didn’t make the CT cut in 2023?

We’ve been lucky enough to be around the first 2 challenger series events of the year and while the competition has been electrifying there has been one big noticeable point… All of the surfers who didn’t make the cut on the CT seem to be exhausted.

People like Molly, Betty Lou, India, Luana and even Sally seemed to be a little flat.

If we look at a competitor like Molly as an example, so far this year she has surfed 30 heats.

Molly is fit and trains really hard, so when we look at the number of heats we’re not really referring to her fitness or stamina, we’re more looking at the travel, mental preparation, highs and lows of competing, sleeping on fold-out beds, negotiating airports etc, etc, etc.

If we look at Luana Silva who didn’t get a solid keeper at Snapper she may have to go back to Hawaii for a Regional Qualifier in between the Manly and Ballito event in South Africa.

That will mean that Launa will compete in 9 events by early July.

That’s 9 events over 4 different countries. For Luana, that’s a lot of traveling, a lot of equipment changes and a lot of financial expense to travel with coaches etc. We have heard that flight costs from Hawaii to Ballito (South Africa) alone are $4000 to $5000 U.S dollars, on top of that you have food, accommodation and transfers etc. To make a little money back or to just break even each competitor will need to make the final based on the prize money for each challenger series event.

So, we like to be the type of people that don’t point out a problem without offering a solution….

We were always led to believe that there was going to be 3 forms of calendar seasons for the WSL from 2022 onward. Our suggestion is refocus on that for 2023. Below is an idea of how we think it could work.

May to November 2023 – WSL CHALLENGER SERIES

We were always led to believe this was how the 3 seasons would work and we think that the WSL should stick to that plan as it makes complete sense to us. Also it gives each of the regional qualifier and challenger series qualifiers a good head of steam into the next level of competition.

If we look at that as a possible template and stick within those calendar periods we can minimise the financial requirement, athlete exhaustion and allow for fit, healthy and mentally prepared competitors for 2023 and beyond.