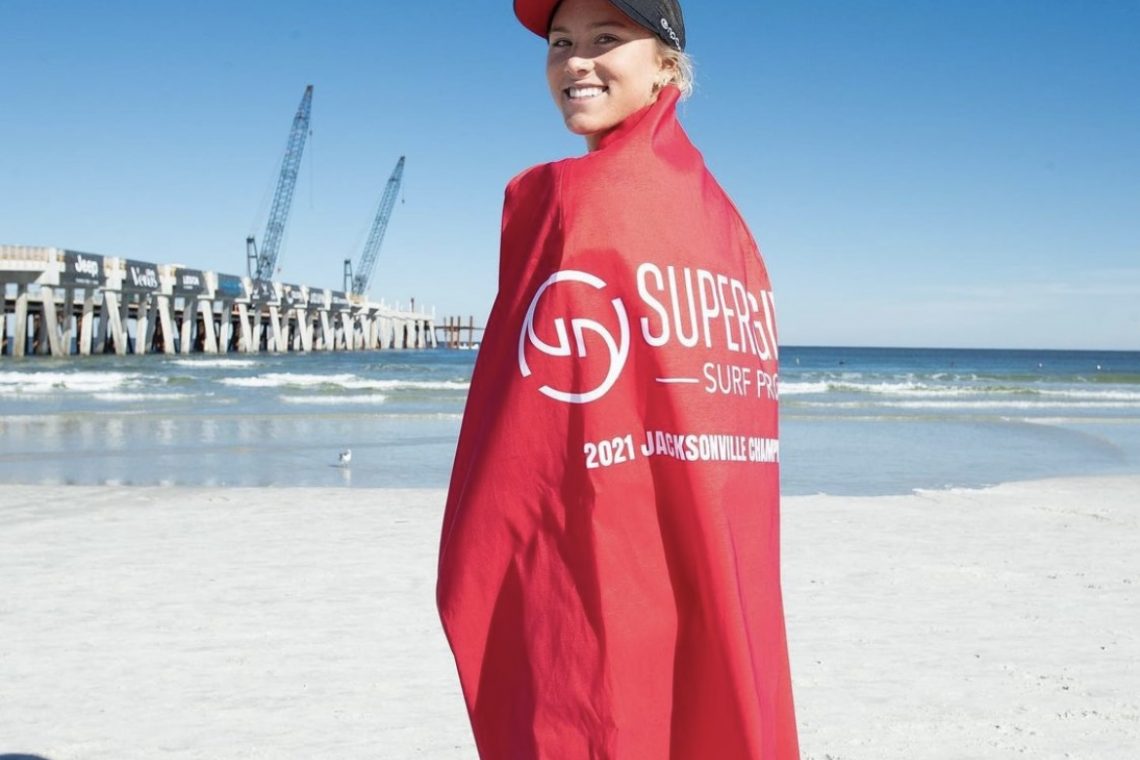 The super girl pro, an event that every young American girl dreams of winning. To be cheered on by thousands, chaired up the beach in that famous super girl winners cape and to feel the love after being supported by your own community. I mean who wouldn’t want to win an event like this. For 18 year old Alyssa Spencer dreams became reality yesterday when she took out her first ever Super Girl Pro. After competing in this event for seven years, Alyssa finally got to take home the hotly contested Super Girl trophy for the first time and we are sure it won’t be her last.

So let’s recap this amazing event.

The Super Girl Pro was the final regional qualifying round for America, this was the deciding event for so many hopeful Challenger Series surfers. To stay on the challenger series, to qualify or to fall off and work harder than ever to get back on was all down to the wire with this event. Everyone had their eye set on the prize, however at the end of the day only one could win.

With consistent small (but fun) waves it was the battle of the small wave experts. We saw some pretty big names fall out in the early rounds like Carissa Moore and Sage Erickson and some serious dark horses rise to the occasion.

It came down to a pretty stacked final with CT hopeful Alyssa Spencer coming up against CT young gun Caroline Marks. Caroline started off strong opening up with a 6.50 and quickly backing it up with a 7.50. Alyssa was behind from the get go however, once she got her groove on she became pretty unstoppable. With a 5.93 and an 8.60 Alyssa narrowly took the win over Caroline with a 14.53 total compared to Caroline’s 14.43. This final 0.10 gave Alyssa the edge over Caroline to win her first ever super girl pro and her second QS win of the year.

Alyssa finished off the day with a massive smile on her face and was “over the moon”. The level of surfing displayed in this event was phenomenal and you can see all the hard work paying off. Congratulations to all of the girls who competed in this event. Proof that the American females are a force to be reckoned with and have a massive future ahead of them. Congratulations to all the surfers who competed in this event however, especially Alyssa we could not be prouder of you.

Next stop, Haleiwa for the final Challenger Series of the year.

Next Post
THE BL BLAST OFF CLIP OF THE WEEK. WEEK 1 – CHESNEY GUINOTTE

LUANA SILVA AND HER ROAD TO VICTORY IN PORTUGAL