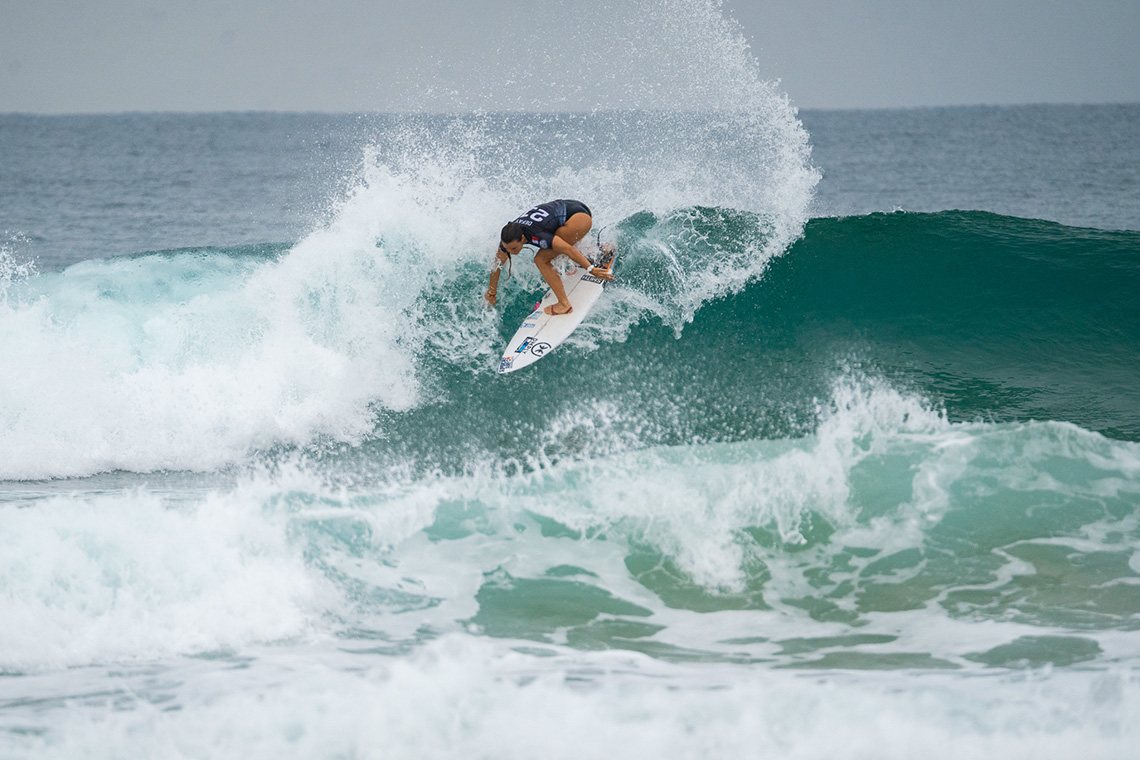 After going through all of the contests that made up the Australian CT series we wanted to look at what (and who) were the clear standouts for all four of the events.

Our take-outs were pretty consistent, On the negative side, Steph, Caroline, Tyler and Malia didn’t get a consistent run, yes they had moments and yes Steph and Caroline finaled (and Caroline won) but they seemed to miss that competitive attack they usually have.

On the positive side, Carissa at full tilt probably won’t be stopped, Sally looked really sharp, Tatiana looked like she has a world title in her future and Johanne was the clear stand-out when it came to going left.

Instead of going all negative, we wanted to take a moment to focus on the positive points. And the one key factor on 75% of the above mentioned positives was blindingly clear…. They all are riding Sharpeye surfboards.

Now… we have known about Sharpeye for some time, we have friends that ride for them, but to be honest, we have never held one under our arms, let alone surfed on one. Hey, we have even previously written an article about Sharpeye, but they are still an unknown to us.

But what has happened at Sharpeye in the last 18 months (or so)?

A lot of surfers, and we mean great surfers have left great surfboard brands to ride Sharpeye’s, top 3 surfboard manufacturing brands to be precise, and the improvement in their surfing is really, really noticeable.

So let’s break it down a little more.

Sally is riding Sharpeye’s now and has been really consistent throughout the series (and the Australian regional QS series). Sally seems to have more pop through all of her turns and her completion rates were super high every event.

Tatiana is also sprooking the Sharpeye brand. Her aggression tight in the lip and her stability on her backhand has been a clear standout in Australia.

And then to Johanne. During the Narrabeen contest we got to see a lot of Johanne’s free surfing and we were constantly blown away with how good she was surfing, going both right and left. Her step across from Channel Island to Sharpeye seems to have been a great decision for her.

So what is going on at the Head Office of the new “IT” brand?

What is it that seems to be adding 20% or more to the top surfers performances?

Our goal over the next few weeks is to find out more about the Brazilian born board company and it’s shapers and influences.

That way we can give you all of the key information, so the next time you are purchasing a board, it can take your surfing to the next level, because from what we can see, a switch to the Sharpeye label can definitely up your game.

Stay tuned as we find out more.