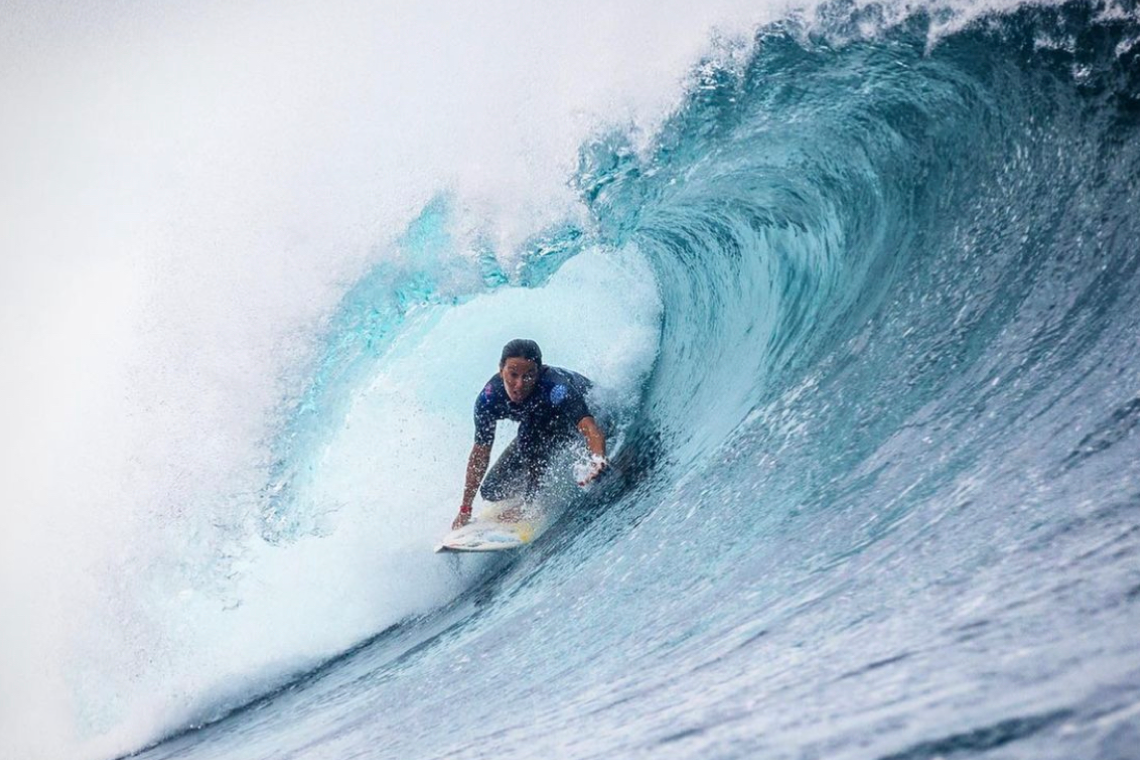 After a solid day of surfing, day 4 of the Rip Curl Rottnest Island Search kept every surf fan glued to their screens and with everyone thinking they were going to finish the event off yesterday, we still have 6 more heats to run and a winner to be crowned.

So let’s take a quick look at how day 4 played out.

With Strickland Bay looking like it was kind of pumping on screen, the Women would have been very excited to be getting their rashies and heading out into some lovely looking left handers.

The first quarter final of the day was a really good one to watch with both Sally Fitzgibbons and Malia Manuel having some serious fun on their backhands. But Sally was the one to beat with her backhand proving to be a level above Malia’s and scoring herself an 8.33 to secure a spot in the semi final (and getting a good barrel).

The second semi finalist to be locked in was going to be either 2 x world champion Tyler Wright or Phillip Island local Nikki Van Dijk. Both surfers have been performing so well throughout the whole event making it a pretty even fight between the two. Tyler was able to lock in two good scoring rides and progress through to the semi final.

In quarter final number 3, we saw the veteran against the rookie. Both Carissa and Isabella have been looking really confident and strong throughout the previous heats, so it was always going to be a tight battle. With the opening stages of the heat being super tight, Riss found a good looking left that allowed her to open up twice on her backhand and lock in a 9.5 and take out the Rookie Isabella Nichols and move on through to the Semi’s.

With the final quarter being a pretty even match-up, Amuro Tsuzuki had one thing over the Frenchwoman Johanne Defay, the fact that she had nothing to lose. But Johanne is looking sharp on her backhand and hungrier than ever for a final finish, with this in mind, Johanne got the jump on the Japanese surfer and secured herself the final spot in the semi finals. A massive congratulations to Amuro for putting up a great fight though!

So, what do the semi finals look like now?

How is your fantasy team looking? Ours is looking pretty healthy leading into the semi finals. Stay tuned for more at the end of Finals Day when the winner has been crowned…