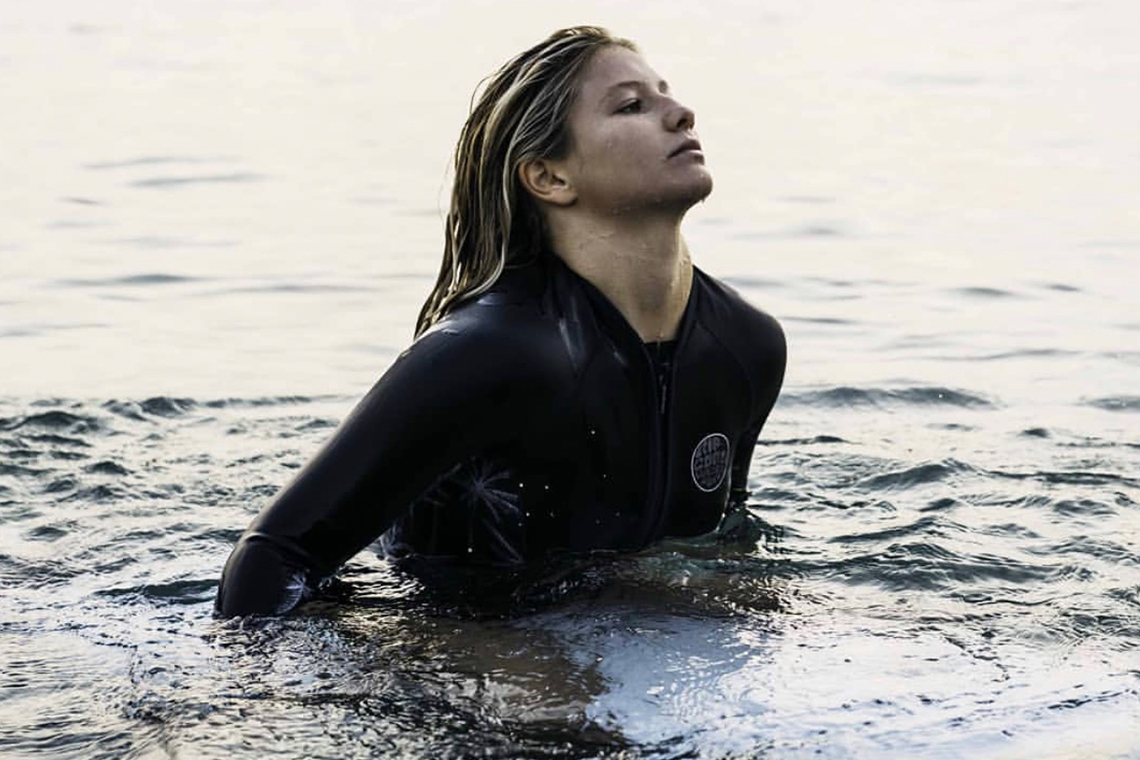 ANAT LELIOR ON LIFE IN ISRAEL AS A PROFESSIONAL SURFER

For most recreational surfers, you only visualise people surfing and/or competing from countries like Japan, America, Australia or Hawaii. But what if I told you that there were surfers from places like Germany or even Israel?

If you are an Israeli citizen, it is mandatory for you to complete two years in the army. Imagine being conscribed to protect and serve your country as well as surf, train and compete to achieve your dream.

We speak with Israeli surfer Anat Lelior who will talk to us about surfing in Israel, the olympics, empowering young females as well as being in the army.

Anat! Can you please introduce yourself, where you’re from and what you’re up to at the moment?

My name is Anat Lelior, I am from Israel and I’m a professional surfer.

A lot of people don’t know but there are quite a lot of surfers in Israel. Surfing here is almost like any other place in the world, the only difference to me is the culture. Surfing is not as big in Israel in comparison to AUS but we have surf school, competitions and plenty of groms with talent.

And of course every surfer knows what the WSL is, what i am trying to say that we are following the surfing world just like everybody else. The waves aren’t that great but it really indicates QS conditions, it can be good or bad but it can never be great.

Israel is placed in the Mediterranean sea, the swells you get from a sea are a lot weaker than an ocean swell (less water) So the waves in Israel are usually soft and weak and we most of the time depend on wind swells.

How did you get into surfing?

My parents don’t have a lot of history surfing but we live just across the sea so it was easy for me to be involved with the ocean. My dad told me that I asked him to go surfing when I was 5 so then he sent me to a surf school (that I still go to these days). From what i have been told i was one of the only young girls in the course and When i started the manager of the school told me i will be the best in Israel one day. From then I think I just fell in love with it.

I have been told that there is a conscription in Israel which requires a citizen over 18 to join the army, can you tell me a little bit about that and what that means for you and your surfing?

Yes Israel does require citizens over 18 to join the army after finishing high school.

We don’t volunteer it’s mandatory, but you don’t necessarily have to be part of the special forces like everybody sees in the movies. There are plenty of jobs that the army requires such as secretary, doctor or even a teacher. Other than that the army offers you different programs for athletes, dancers, musicians. I got the athlete program that lets me work as a surfer and serve the country without interfering in my results in surfing.

What do you think you will do when the conscription finishes?

I’m not sure what’s the first thing I would do after my conscription because I do live my dream with just a little block from the army.

You were also in contention to go to the Olympics. When the committee announced that the Olympics will be postponed until 2021, how did that make you feel and what are you doing to keep yourself motivated?

I think for me qualifying for the Olympics was a huge surprise, in my life I never thought I would perform in the Olympics.

Getting the announcement that the Olympics would be postponed until 2021 was a disappointment but I think more than anything I didn’t know what to expect so I don’t feel as disappointed as the rest of the athletes… To keep myself going until everything goes back to normal I’m taking the year to improve on my weaknesses ,build the team I didn’t have the time to build around me the previous year and of course spending the time I have now with my friends and family.

The first time I came to Australia was to train with kingy and learn from him new things. I can definitely assure you that I’ve learned plenty till now. He is an amazing human being and a great surfer and even a greater coach.

Training with him was amazing and refreshing, from new strategies in my competitive surfing to learning how to adjust quickly I know I stepped up my game thanks to andy.

Since the tour has been on hold it’s been hard to train long distance but i hope next year will be better.

You also did a campaign with Barbie that I saw recently on your Instagram, what does it mean for you to be a role model for younger girls who have big hearts and even bigger dreams?

The campaign with Barbie was really fun actually, I would have never thought the brand Barbie would consider me to be a role model for young girls in Israel.

I still consider myself as a young girl with big dreams, but seeing the effect that I have made during the years in Israel on younger girls makes me realize I’m doing something different and inspiring for girls to be better and dream bigger.

I’m stoked that Barbie is showing another side of women that girls can Inspire to be and even more stoked that they chose me to help them show that.

One of the things we love about surfing is how it brings so many of us together from all over the world. Anat is not only a powerhouse surfer with a bright future ahead but a real woman looking to inspire young girls to chase their dreams, all while serving in the army.

What a woman, thanks Anat for your time and hope to see you in the line up somewhere around the world soon