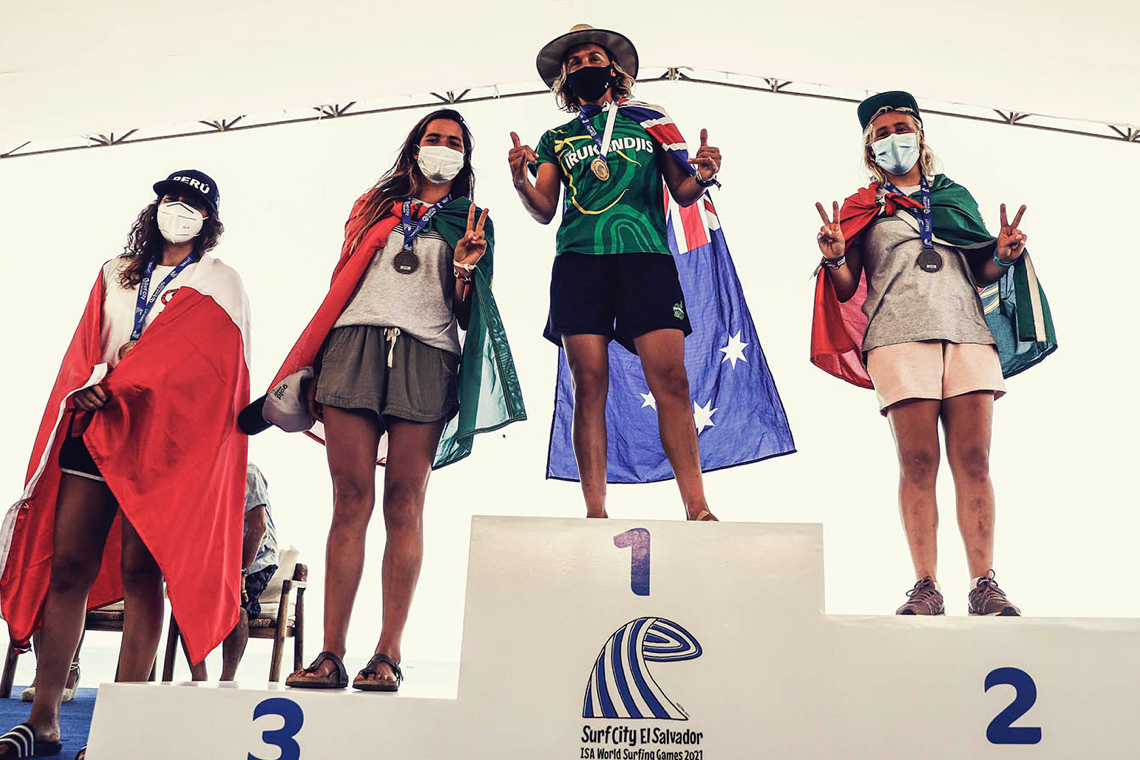 Okay…. It’s nearly here…. All the hype (then the delay) and now the new hype and the Olympics is really… really close.

With the completion of the ISA World Games in El Salvador and the athletes slotting into their selected teams we are now waiting to see what happens in Chiba for the first ever Olympic Surfing Games.

A lot of countries have invested in their athletes (not sure why they didn’t do that for the QS surfers before) and everything is ready from the coaches, training programs, travel plans all the way down to the uniforms.

A little side note, it is our understanding that each athlete can’t have sponsored stickers or apparel on for the whole event? It’s going to be weird seeing everyone with plain boards? Anyway back to our point…

Everywhere we seem to go the opinions are spilt between the “olympics being good for surfing” and the purests opinion of “surfing doesn’t belong in the games”.

We have a heap of friends that have qualified for the games and we are really stoked to see them compete and hopefully medal.

But then we thought about it……

What’s better, a gold medal or a world title?

We mean if you had to pick, what would you choose?

We think world title but are we the minority in this opinion?

And here are the answers:

Olympic gold for sure!!! I feel like the olympics is so nostalgic. Ive grown up watching the olympics and to get gold and be in the same field as Michael Phelps, Usain bold and Simone biles would be insane I reckon!!! They only come around every 4 years and world titles come around every year if you stay on tour that is…!? Idk just my point of view! Everyone is entitled to their own opinions ofc!!!! 😘🥰 Saffi Vette – NZ

Personally I’d have to say, arghhh it’s actually so hard ahaha but for right now WSL world title over gold olympics. Reason Why because I think the history and roots of surfing is still within Wsl. And also it’s an all year effort not just one event. Molly Picklum – AUS

I’d have to say world title over olympics. I’d love to go to the olympics for personal reasons because my brother has gone. But, a world title is based off of a whole year of doing well not just one single event. I agree with molly as it’s surfing roots and core. And I never want surfing to loose that. Olympics is amazing and I think it’s an awesome thing surfing is now involved but I’d have to go world title. There’s so much more that goes into the WSL a whole year of traveling being away from family. Event after event of having to do well. Olympics is one singular event, You have to be the best that day not the whole year. No shade on the olympics though!! It’s amazing and a honor to represent your country at such a high stage! Alexa Muss – USA

It’s worth noting that of the 6 surfers we asked, 5 of the other surfers agreed with World title over Olympic gold. So that made it 1 out of 6 if had a choice would raise the Olympic gold over a world title and 5 out of 6 would want the WSL World Title.

So what do you think? If you had a choice, what would you choose? Olympic Glory or the crown of the best in the world?

Next Post
WHO HAS QUALIFIED FOR THE WSL CHALLENGER SERIES SO FAR?