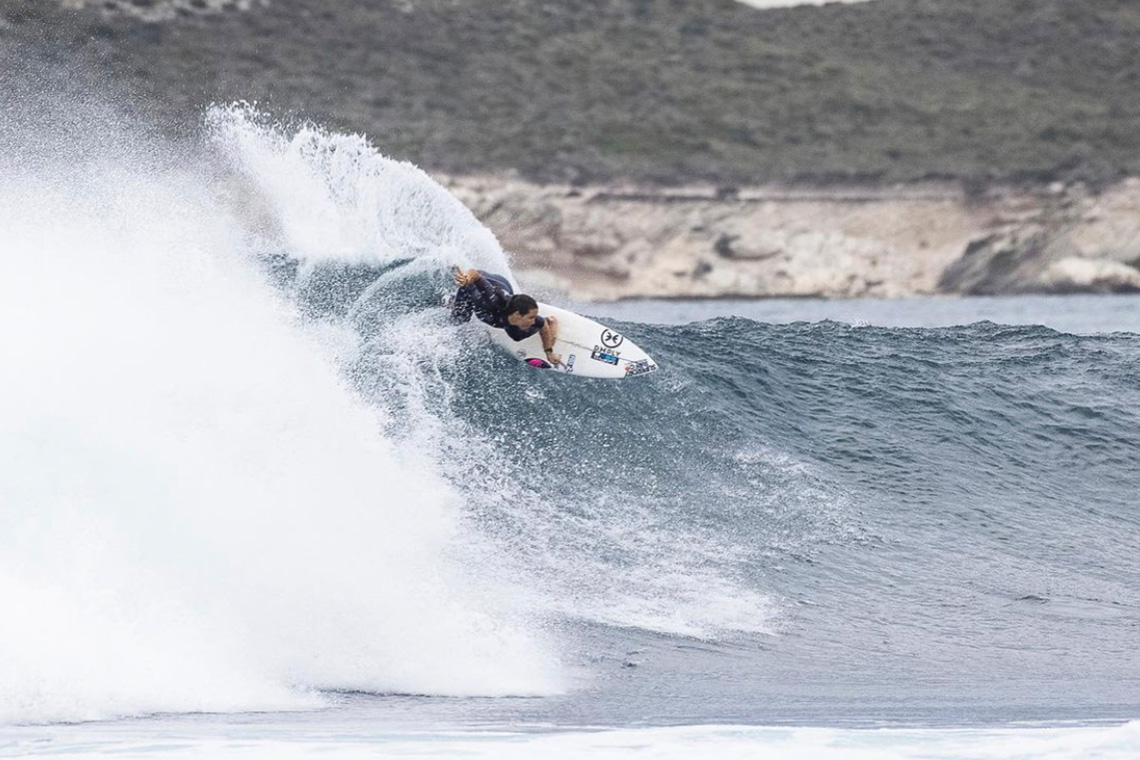 As Day 3 closes on the Rip Curl Rottnest Search, let’s take a look back on how the day played out and who came out on top.

The Round of 16 was one to watch, with the uncertainty of how many more CT competitions we will see moving forward Rottnest Island can (and is) playing spoiler for some surfers. We saw some huge surfing all morning and that led to some solid scores being presented. Also, with a rare experience of the heats being ‘double-banked’ this meant that we would see 4 women out in the water at a time instead of 2 hustling for a semi wave starved line-up.

So, the first heat of the morning was a cracker with Malia Manuel taking on Caroline Marks. Caroline was surfing incredibly however, Malia was able to get the win over Caroline with some impressive and silky smooth backside surfing.

We also saw another Sally Fitzgibbons v Macy Callaghan heat with Sally once again getting the jump on Macy again. Both Sally and Macy have such strong backhands it was anyone’s fight but Sally was just that little bit more in sync with the ocean. Also as a side note, it was great seeing Sally take to the air!

Nikki Van Dijk was on fire this morning against Stephanie Gilmore. Nikki’s attack was the one to beat in this heat with Steph just unable to match it at the beautiful Rottnest Island.

As Tyler and Sage hit the lineup it was anyone’s bet. With Tyler looking solid on her feet, she ended up getting the jump on an in-form Sage Erickson and move on through to the quarterfinals.

Next we see Carissa Moore take on the aggressive Wildcard Mia McCarthy. Mia locked in a 6.77 and was looking sharp but she was unable to get the jump on Riss who scored a 6.83 and a 7.33. Congratulations to Mia for taking it to the champ.

Heat 6 was a good one to watch with Isabella Nichols and Bronte Macaulay out in the water. It was a tight heat with less than a point separating the two. Isabella managed to get the jump on Bronte and solidified her spot in the quarter finals, hopefully Bella can keep the roll going.

The Frenchwoman Johanne Defay was on fire, getting the highest heat score of the day, 15.57. Keely Andrew was looking strong on her feet but Johanne was looking the goods and is one of our picks to take the event out!

Last heat of the day, and we see Amuro Tsuzuki take on Courtney Conlogue. On paper this heat is a cracker and it lived up to expectations when the ladies were in the water. With Amuro posting an 8.33 (in the dying minutes) and a 6, she was a step ahead of Courtney who locked in a respectable 7.10 and 6.27.

So, with the quarter finals fast approaching, let’s take a look at who is going to match up.

Who is your pick to take out these quarter finals and move on through to the semis? We have ours in mind! Stay tuned for more after Day 4…