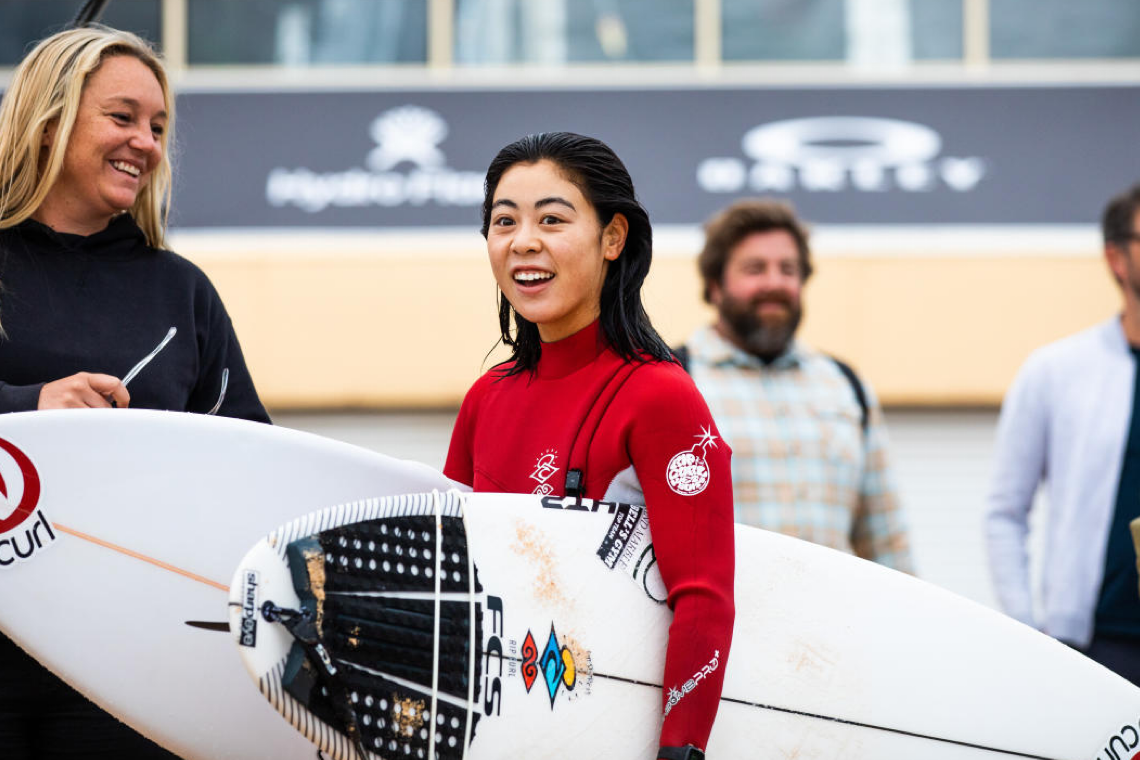 Day 1 of competition at North Narrabeen welcomed the surfers and surf fans with a fresh south swell and with a return to women’s CT surfing at North Narrabeen after 10 years the women managed to find some diamonds in the rough conditions.

After a beautiful northern beaches sunrise a whisper started to run through the CT competitors that American surfer Lakey Peterson had withdrawn due to an ongoing back issue.

The next question on everyone’s lips was “who would take Lakeys place” at the Rip Curl Narrabeen Classic?

Japanese powerhouse surfer Amuro Tsuzuki’s smile quickly put out the rumour mill and an announcement followed that history would be made in North Narrabeen with Amuro becoming the first female Japanese Surfer in over 20 years to compete on the World Surf League’s Championship Tour.

And disappoint she did not.

With a dominant display of both forehand and backhand surfing Amuro finished second in her first ever heat after Keely Andrew came through with a buzzer beater sending last events runner up Isabella Nichols into the elimination round.

So after Amuro’s first heat maybe it’s time to re-organise your fantasy teams and add her into the mix?

Congratulations to Amuro and the whole female Japanese surfing organisation such a great result for women’s surfing in both Asia and the world.