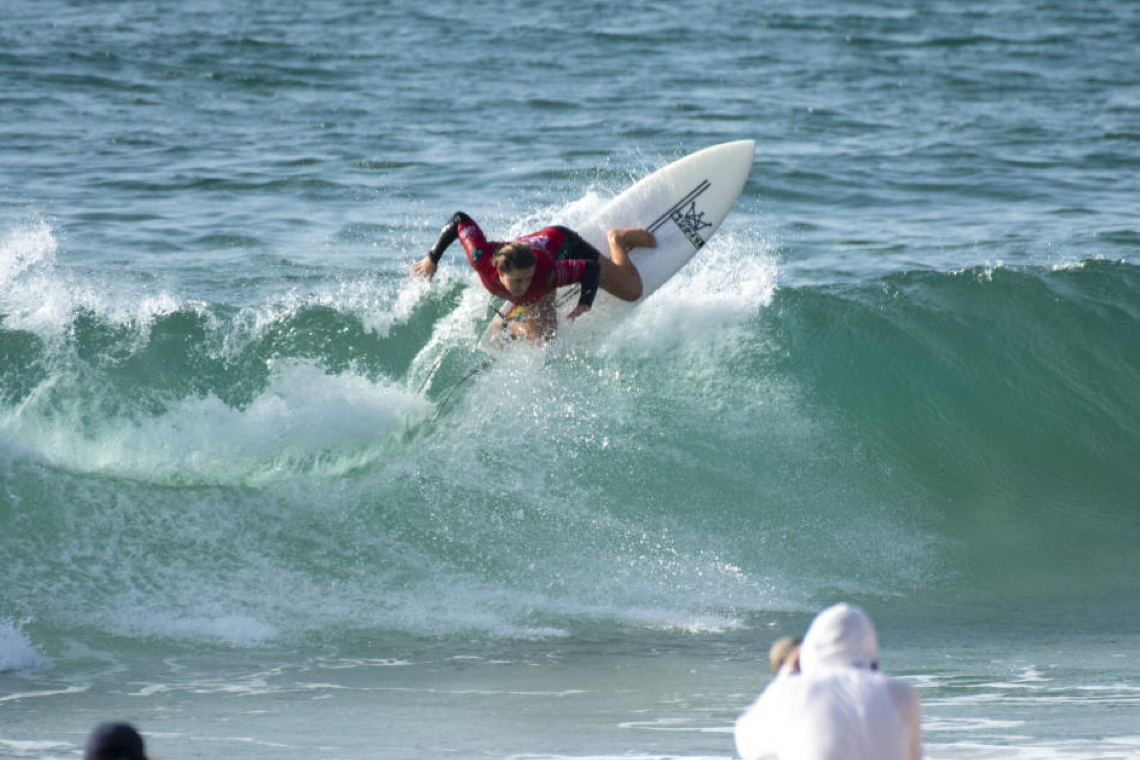 Stop number 3 of the 4 Australian WSL QS event series finished today with great surfing in tricky conditions. The whole series had small waves for the athletes to perform on, with some big names being taken out early in competition.

The small left and right peak was consistently 1ft throughout the 3 day event allowing athletes to really show off their best small wave grovelling to progress through the rounds, However, there were still some major scores being dropped.

Fast forward to finals day, we once again see Philippa Anderson as a stand out through the event and in the free surfs. India Robinson had been dropping hammers all event so when we saw the two match up in the semi finals it was hard to pick who was going to move on through. Queen In Me’s founder India Robinson managed to get the jump in the semi and progress through to the final.

Here’s the kicker, Sally Fitzgibbons, CT veteran was competing in the event and dropping 8 point rides in almost every heat and with the powerhouse Sophie McCulloch once again having a consistent run the two of them met up in the other semi final heat, everyone had their eyes on Sally to take it out, but dark horse Sophie took out the heat and met India in the final.

Side note – huge congratulations to our friend Dylan Moffat for taking out the men’s. He managed to get a pretty convincing win over Soli Bailey who came in as runner up. It was Dylan’s first ever QS win.

Finals time for the women and everyone put their bets in. Who was going to be the winner? We have already seen Sophie in a final but India has been dropping some huge numbers over the whole QS series. With the conditions being sub-par and very small, the third competitor of the heat came into play…. our dear friend Mother Nature.

And thankfully for India Robinson, making some very smart decisions under priority, she managed to take the win with a 7.50 and a 6.25 ahead of Sophie who managed to snag a 5.50 but unfortunately just couldn’t find a backup.

Congrats Indi, we are so psyched for you!

With Avoca starting on Tuesday, be sure to stay tuned for another update on who is going to take the event out. Who do you think will win?