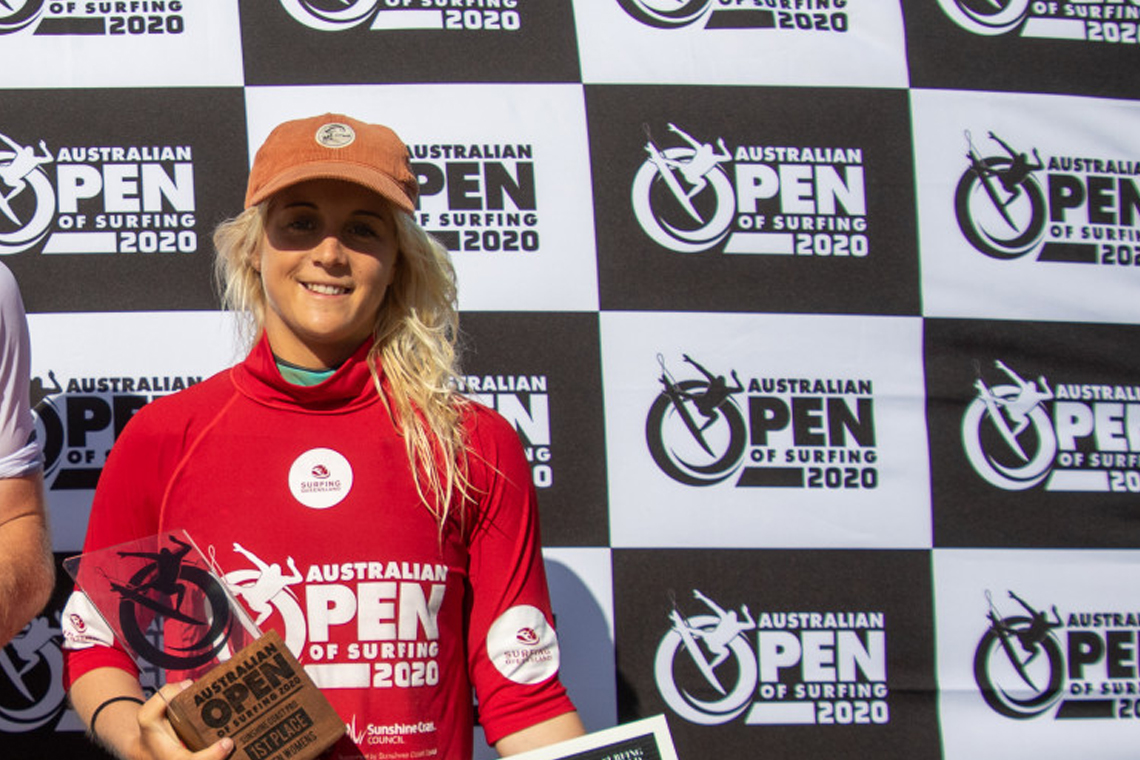 WSL, IF EVER THERE WAS A REASON…. SOPHIE McCULLOCH WINS THE AUS OPEN SUNSHINE COAST EDITION.

Firstly, with the WSL CT exhibition event on the NSW Tweed Coast and then a few days later the first Australian Open Of Surfing event on the Sunshine Coast in Queensland.

As we aren’t allowed into Queensland we can only really report on the shots drip fed to us via social media and from what we can see the waves looked fun.

From watching the live scores Murmur-Mag long time favourite Sophie McCulloch dominated the event from start to finish winning every heat and not dropping her combined total below 13.33 and taking out the final to a very respectable line-up of Dimity Stoyle, Piper Harrison and Tayla Green. Sophie combo’d half of the final line-up with a 17.33 total and that happened to be the highest 2 wave total of the whole event.

Even as we type this we can’t help but not be surprised? As we have said in previous articles and interviews, she rips and (in our view) probably one of the most under-rated surfers in the world at the moment.

Can we raise a question for everyone to think about in regards to Sophie?

Why wasn’t she invited to the WSL’s event on the Tweed Coast? We thought based on her ranking alone she should have been there? We don’t want to take anything away from the other girls that competed there but for us, we thought she was a must to be in it??

That contest is over and what is done is done… But WSL PLEASE PUT SOPHIE McCULLOCH IN THE NEXT CONTEST COMING UP IN QUEENSLAND.

She works hard, harder than most, she rips, she is a part of the Australian Champion boardriders club, she will take heats from big name surfers and for us she shouldn’t be overlooked!!

Let’s see what happens when the draw comes out for the next event but be warned if the name Sophie McCulloch isn’t in it there will be an article headline on Murmur-Mag saying something like “THE WSL NEEDS TO GO TO SPECSAVERS”…..

Previous Post
BL BLAST OFF IS BACK… BUT WITH A TWIST…