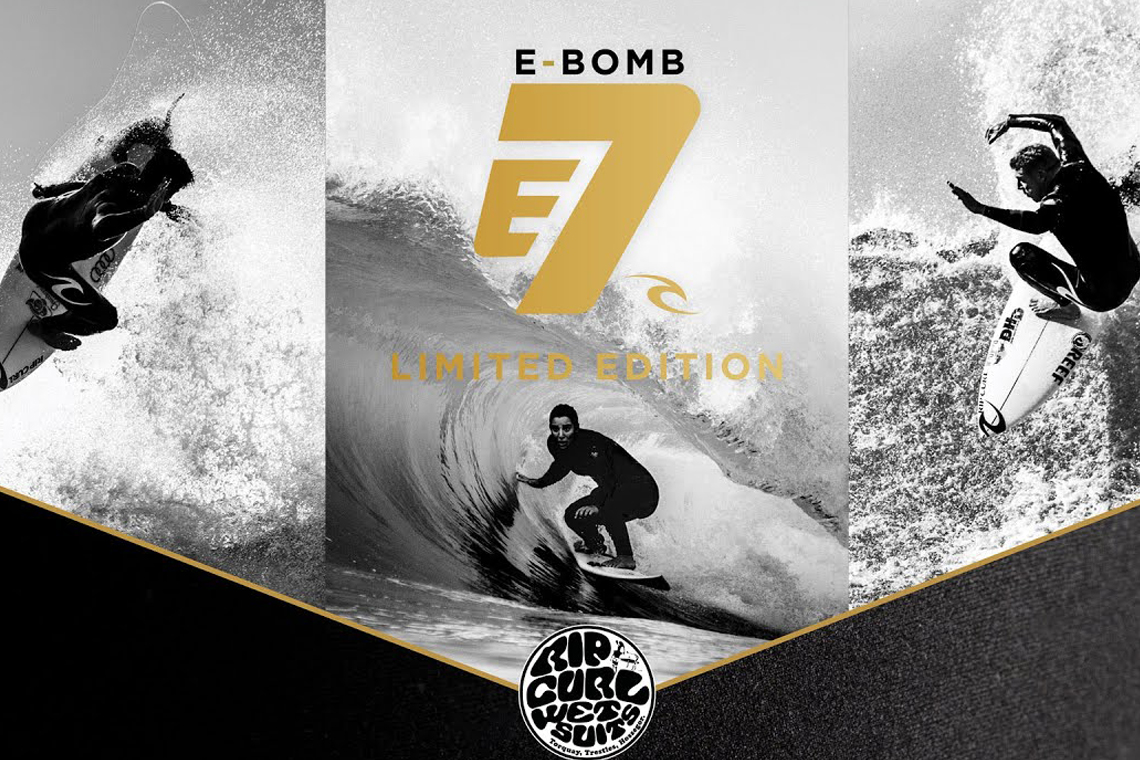 Is anyone else seeing the new wetsuit that has been released by Rip Curl all over social media? What is it? Why is it so much better than the rest? Well, we thought we would do some investigative work for you all and give you the low down on the new E7 suits.

First, what is E7? Rip Curl’s latest high stretch performance Neoprene or E7, has 25% more stretch than any other wetsuit and is 10% lighter than their E6 suits. It has a seamless upper body panel of the E7 neoprene to provide the ultimate performance in the water.

Being designed by World Champions, Mick Fanning, Tyler Wright and Gabriel Medina who have 7 world titles between them, it’s no coincidence that the wetsuit is called the E-Bomb E7. This limited edition suit has a gold and black pinstripe line across the torso to separate the E7 neoprene and the E6.

But does the suit actually work? Well, it was only released on Monday, so we haven’t had a chance to test it out and give you our feedback. But don’t worry, the moment we get our hands on this suit we will let you all know how they go. But if the videos we have seen of Mick, Tyler and Gabriel are to go off then the new technology looks amazing.

After 3 years in the making, the public finally gets to see and test the World Champion suit, and we cannot wait.

Next Post
SO, YOU’RE LOOKING FOR A SURF COACH?

MURMUR MAGS, FIRST GROMMET OF THE MONTH FOR 2021… LUCY DARRAGH